This is the megagame of one of the darkest hours in Dutch history, when the country is being assailed from all sides. The people are beyond reason, the government is beyond hope, and the country is beyond rescue. Can the patricians of the Dutch Republic turn the situation around, or is the freedom that was so hard won destined to be lost again?

The year is 1672, and the simmering rivalry between Louis XIV of France and the Republic has finally turned into all-out war. Mortally insulted by the attempts of the Republic (then ally of France) to keep him out of the Netherlands, the French king is bearing down on the Republic with an enormous army commanded by the most famous generals of the time. 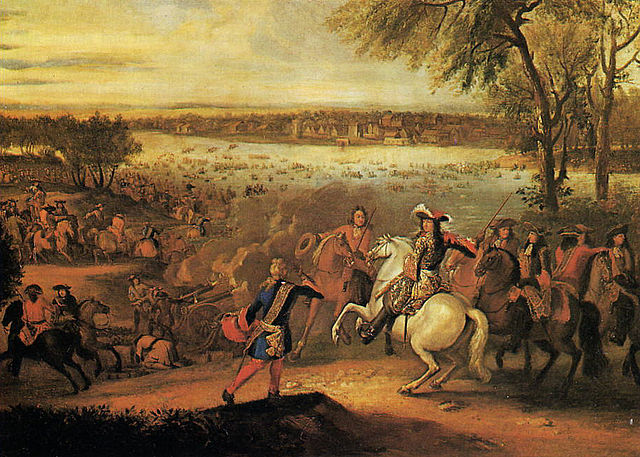 Joining them against the Dutch is King Charles II of England, still smarting from the humiliating Raid on the Medway, the worst defeat in the history of the Royal Navy. Even though his subjects do not trust Louis, a generous subsidy has convinced the eternally cash-strapped Charles to declare war and mass the fleet to prey on Dutch trade and even attempt a landing on the Dutch coast.

Finally, the powerful bishops of Münster and Köln have joined the alliance and are menacing the northern and eastern provinces of the Republic. The Republic has no allies. The situation is dire indeed.

There is also political turmoil within the Republic itself. Prince William of Orange, descendant of William the Silent, founding father of the Republic, has come of age and is looking to recover his ancestors' position and claiming the Stadtholderate. Johan de Witt, the cunning politician who has led the Republic for twenty years, is trying to keep power. Tension between their factions is growing.

The Seven Provinces are not united against their enemies. The four landward provinces are understandably alarmed by the large amount of Frenchmen arriving on their doorstep. They ask for more troops, but strengthening the army can only be done at the expense of the navy — and the most powerful province, Holland, depends on the navy to protect its trade and its coast.

In short, the situation is dire. But all is not lost - the Dutch have a powerful fleet, large amounts of money, and their country is a terrible place to fight in, as the Spanish have found not very many years ago. Also, some of the other European powers are unnerved by the thought of French hegemony and might be persuaded to ally themselves to the Republic. Can the government of the Republic still save the day? 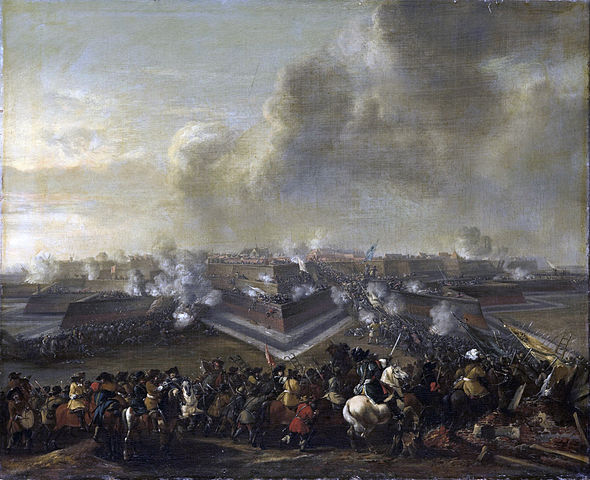 It is important to understand that the game is intended to simulate the policy making process in the Republic of the Seven United Provinces which was a Confederation of independent Provinces. Consitutionally, decisions can only be taken by the States General in The Hague if there is a unanimous vote in favour from the States of all Provinces.

Hence, this game is a political and diplomatic game, not an operational megagame. Most players will be members of the States of the Seven Provinces and therefore achieve their goals by negotiation and diplomatic maneuvering.

The game will be played on the 13th of February 2016 in Wijkcentrum De Ark van Oost in Nijmegen.

The following roles are availaible in the game:

In the game about 50 players and 10 umpires can participate.

Costs to participate in the game are €20,– for players and €10,– for umpires. You can enlist individually or as a group. For more information, contact megagamesnl on gmail (sorry for the anti-spam format).