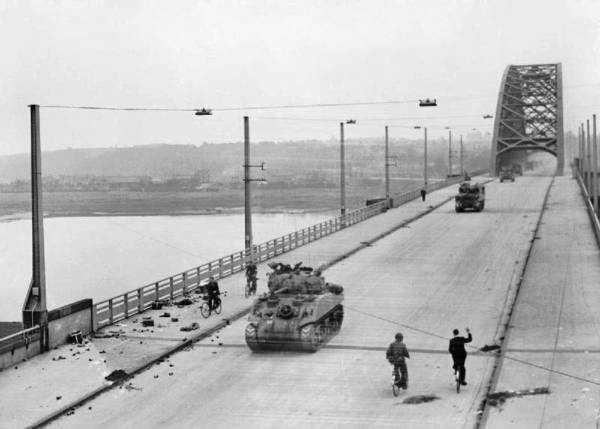 The Battle of Arnhem is a wellknown and famous Second World War Battle. In september 2014, it will be 70 years ago that the Allies tried to force a breakthrough across the Rhine. If they would have succeeded in taking all bridges along the route to Arnhem, a breakthrough towards North Germany would have become possible and with it a faster ending of the War.

On the 17th of September 1944, paratroopers of 3 airborne divisions landed near Eindhoven, Nijmegen and Arnhem to take the bridges. The intention was that they would be relieved within several days by ground troops of the British 2nd army. The advance on the ground, however, was slowed down by heavy German resistance and despite the efforts of the British paratroopers, they had to withdraw from the Arnhem bridge after a week. Without the Arnhem bridge, the operation had failed, but the Allies had come very close to their target.

On the 30th of August 2014, Stichting Megagames NL will organise another version of the Operation Market Garden Megagame. Players will be assigned to teams where each team commands a formation from the original battle. Command levels range from teams commanding divisions, to teams commanding corps, and high command teams in overall control. Within a team, players must work together to ensure their formation is properly organised and supplied, that the enemy actions are monitored, and that the players at the next level up the chain of command are kept informed.

The game will be played on the 30th of August 2014 in Wijkcentrum De Ark van Oost in Nijmegen.

Most teams will consist of a Commanding Officer, an Operations Officer, a Logistic Officer and maybe an Intelligence/Communications Officer. For each team, there will also be a Liaison Umpire. The two airforces in the game (Allied Air command and the Luftwaffe) will also be played by separate teams.

Costs to participate in the game are 25€ for players and 12,50€ for umpires. You can enlist individually or as a group.

For more information, contact megagamesnl on gmail (sorry for the anti-spam format).